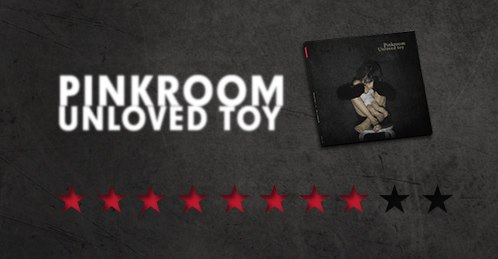 Review from Dutch Progressive Rock Page.
Over recent years Poland has become the de facto head quarters of progressive rock with numerous bands breaking through and the receptive audiences making the country an epicenter of European tours with countless DVDs having been filmed within its borders. Pink Room are one of the newer bands to spring forth from this fertile prog pool, although they are by far new to the music scene having released a debut album Psychosolstice back in 2009. On their second album, Unloved Toys, the long-standing members Mariusz Boniecki (guitars, vocals, keyboards, samples and music composer) and Marcin Kledzik (drums, percussion and lyricist) are joined by Grzegorz Korybalski (bass) and Karol Szolz (guitar) with augmentation from guest vocalist Elena Isakova and cello players Anna Szczygiel and Ewa Witczak.The group describes their music as art rock, although what quite that means these days is anyone’s guess. In my youth art rock was applied to bands such as 10cc who Pinkroom do not share any noticeable musical attributes. Instead, there is more of a nod in the direction of King Crimson throughout the proceedings. This is largely because of the angular nature of the guitar progressions and the often intricate drum patterns with minimal use of cymbals, which would no doubt endear Kledzik to Mr. Fripp.Things get off to a ripping start with Blow , a heavy guitar assault which is tempered by a lovely melodic chorus. The couple of minutes from 4:15 onwards throw out the first Crimson comparisons that are integrated well into the song structure. Certainly an engaging start to proceedings. The vocals on Tides In Eyes are just great, and the mix of cello is wonderful. Again, heavier guitars break out providing a backdrop to a mellower melody and some dramatic plucking on the bass guitar.

I Confess has a strong resemblance to the Crimson of the 80s, but brings the sound up to the modern era with added keys and a more straightforward vocal than Adrian Belew frequently delivered. The instrumental sections aim more for generating mood and effect rather than just giving way for a solo, and that is what makes the album a pleasant change from a lot of current releases; the ambition to create an atmosphere, albeit in a somewhat quirky manner. Certainly, not many of the tracks on this album could be stated as having a traditional song structure.

The instrumental Moodroom V.3 (the V.3 referring to earlier parts of this piece released on the debut album and thePath of Dying Truth single that was the group’s first release) is a fine piece of music. Plenty to absorb in this piece with the dual cellos providing lots of contrast. The smooth segue into Enslaved brings forth a more subdued vocal which works well in the context of the song and again features a prominent bass and twin guitars that provide the riff and melodic counterpoint.

Flash will find favour with fans of Discipline-era Crimson as the guitar in particular contains a lot of the hallmarks of that album and it’s two associated releases. However, Pinkroom offer a new twist with the added keyboards and cello differentiating the song from anything that Fripp’s assemblage committed to tape. Isakova’s female vocals onIn Train is limited to non-verbal backing vocals, which is a bit of a shame as, from what she produces during her brief appearance, it sounds as if she has quite a remarkable voice. While maintaining a characteristic Pinkroom sound, the song has a more mainstream air and has the potential for wider recognition.

Surprisingly, I found the title track, Unwanted Toys, to be one of the least enjoyable on the album, although it hard to determine why. The more atmospheric second half is better than the riffing first part, but overall it doesn’t seem to have the same subtlety of flow as other pieces. But, any misgivings are forgotten with the closing numberApology with its long and more sedate, almost ambient, introduction which gradually raises the intensity with Boniecki providing some lovely flowing guitar, an extended solo with the only disappointment being when it ends; one feels it could go on for a long longer.

I was very impressed by this album by Pinkroom and have downloaded their 2009 single which is available from their website. The single was of a similar high quality and, given that two of the tracks also feature on the debut album, I shall also be looking to acquire that before too long. Despite a dislike of genre labels, proggy artrock would be an appropriate classification for Pinkroom. A nice slice of something a bit different.

Conclusion: 8 out of 10
Mark Hughes

This website uses cookies to improve your experience. We'll assume you're ok with this, but you can opt-out if you wish.Accept Read More